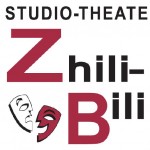 When I think about it now, it seems like theater has always been a part of my life. In one way or another…

It was a part of my childhood dreams. My wish to touch to the magic of theater was so strong that eventually the dreams came true. Shortly after high school, I joined the Moscow University Student Theatre directed by Evgeni Yosifovich Slavutin. Under his guidance I played in the theatre for 6 years. My partners were Alexei Kortnev, Valdis Pelsh, Irina Bogushevskaya – to name just a few…. They are stars now, but then, we all were just boys and girls that loved theater.

My first role was Lisa in Vladimir Schefner’s The Happy Loser, and the last one – Maria Ulyanova, Lenin’s sister, in M. Shatrov’s Blue Horses on the Red Grass. While rehearsing for this role, I got married and, as an expectant mother, could not play any longer. I took a leave of absence from the theatre for a year, but a comeback was not meant to happen… unfortunately… The Student Theater was a wonderful time in my life! 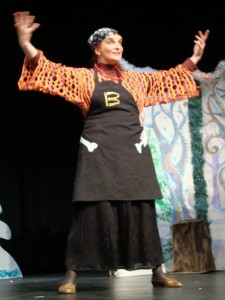 Later, I led student theatre groups in schools where I worked as a teacher. Those were my first attempts at artistic direction. But in my dreams, I saw a real theatre! I wanted to direct plays and play parts in them. The curtains open and The Fairy Tail begins! That dream was also destined to come true… but only here, in Toronto.

I am grateful that my destiny has brought me to “Pochemuchka” – the children’s center for creative expression in Toronto. I have met incredibly talented people – Svetlana Arapova and Tatyana Osherovskaya. Eleven years ago, the three of us have started a children’s theater called “Zili-Bili”. Svetlana wrote entertaining screenplays, Tatyana created wonderful costumes, and I directed plays. We started with just six children, two of these six children were my sons. The name “Zili-Bili” (the meaning of these Russian words is close to “Once upon a time”) took a while to come about. 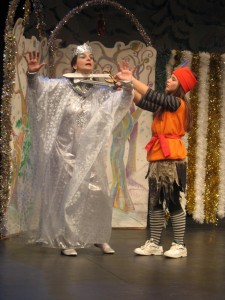 There are now 6 groups in our school, which equals to approximately 60 people. The age ranges from 6 to 60 years old. A few years ago an adult group fas been added. During these years, I directed several plays for adult audiences. I have even had a chance to try myself in playwriting. The first play “A Fouette of the Fortune” was co-authored with Vakhtang Kamladze, who is a part of our theater cast. Another play – “The New Adventures of Red Riding Hood” – I wrote myself. We had a successful premiere of this play in the spring of 2011.

Over the past eleven years of my work here in Toronto, many children came in our theatre, some as actors, some as part of our wonderful audience. There are some who have been with us for five, ten years, and that is thrilling! That means they find it truly interesting! 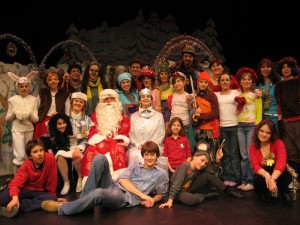 I would like to say “THANK YOU” to all my students here in Toronto as well as in Moscow! Thank you for being part of my life. I teach you, and in return you teach me. 🙂 Most important thing I want to say is that I love you all and I trust that this love is mutual!

OUR REPERTOIRE starting from January 2000 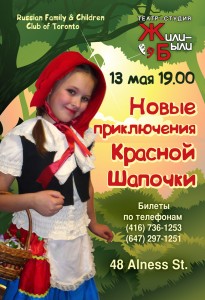 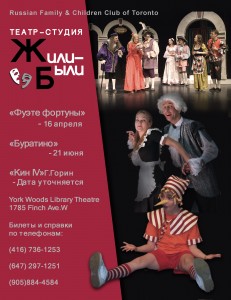